A press release was recently hosted by the Federal Minister for Home Affairs, Karen Andrews in our office to announce the Federal Government providing $1M of funding to the Charity ‘Stop the Coward Punch’. The Stop the Coward Punch Campaign founded in 2012 by former professional boxer, four-time world champion Danny Green and long standing firm client is a national effort to stop the scourge of fatal coward punches in our community.

Since 2000, 172 Australian’s have lost their lives to coward punches with a considerable amount more who have been caused significant injury. These coward punch victims who do not die usually end up permanently mentally and/or physically disabled from the assault. These cases typically involve complex neurosurgery and a prolonged intensive care hospital admission, followed by rehabilitation and ongoing care to manage the physical, cognitive and emotional damage incurred with the assault. It is highly unusual for a coward punch victim to survive without any permanent damage; typically, they experience a range of cognitive impairments including difficulties with memory, concentration and learning, and most are unable to return to work. They never regain full cognitive ability again, but just learn to adapt. These are the ‘lucky’ ones, many survivors are left with profound disabilities years after the assault and are confined to a wheelchair requiring permanent care.

After our recent research initiative findings reported by the Victorian Institute of Forensic Medicine we understand that need for education, awareness and intervention is as important as it has ever been in our quest to end the coward punch

Why we needed further funding:

If you have any questions about the Charity, Stop the Coward Punch or if you want to be involed. Please contact us today.

Who to get in touch with 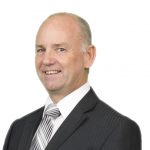